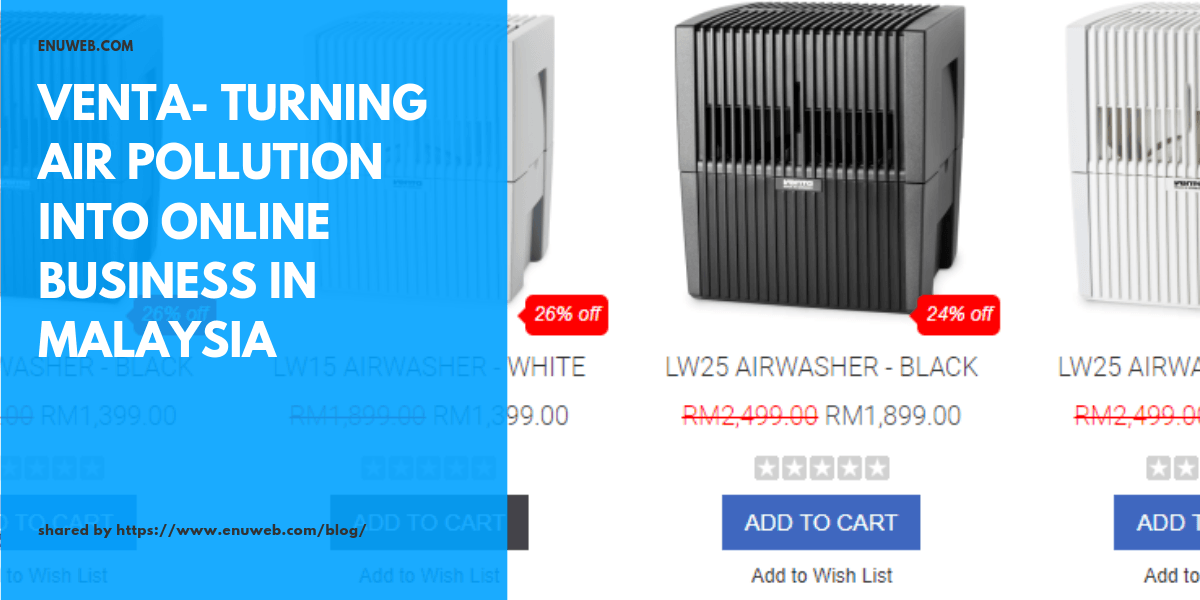 Observation can be a good source of an idea to start a business. Haze has been an ongoing problem in many countries in Southeast Asia. Malaysia is one of the worst affected countries due to slash and burns practice by farmers and peat fires blown by the wind from Indonesia.

Air pollution is a serious problem that should be paying close attention. According to the World Health Organisation (WHO), it is estimated that around 7 million people died every year due to exposure from fine particles in the polluted air. Furthermore, the polluted air may cause asthma, pulmonary disease, and respiratory disease.

The business journey is not an easy path

When they first launched Venta in Malaysia, it was not as smooth as they thought. They encountered few challenges when they tried to promote Venta to Malaysia consumers.

To overcome inadequate product knowledge about Venta, they have to come out with strategies to overcome it. Apart from joining the roadshows, they also use cloud seeding concept as an explanation for the customers to understand how Venta works.

To increase exposure of Venta to Malaysian consumers, Venta MY & SG noticed that they needed to have an online presence as well. They came across SiteGiant based on the recommendation from their friends.

Besides that, they also find SiteGiant’s platform is easy to adapt and used. SiteGiant’s marketplace sync feature provides them with peace of mind and hassle-free.

We will recommend SiteGiant to others because it is affordable and provide value for us in online selling.

We are glad that we can help you to build your e-commerce empire and make your story to be inspired by others! Looking forward to meeting you, fellow merchants!