Google may be having indexing issues again 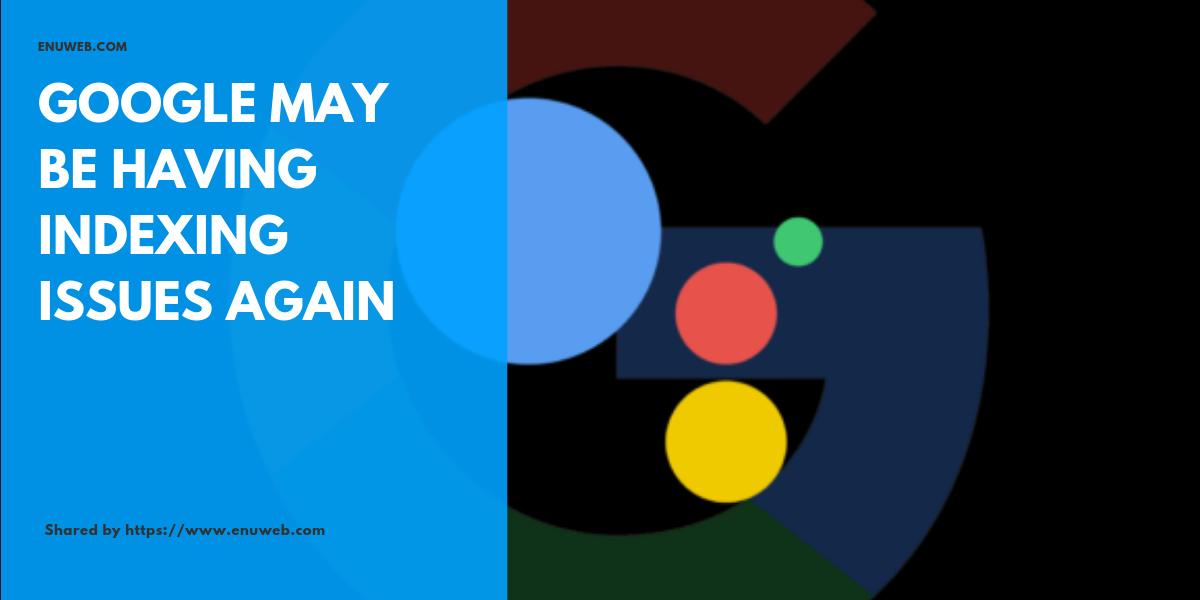 22 Aug Google may be having indexing issues again

It appears Google is having issues indexing new content again. Danny Sullivan from Google validated the indexing concerns on Twitter Tuesday, saying, “Yes, I believe there might be some issues.”

Indexing issues. Google seems to be having issues indexing new content and displaying some of that new content in Google Search and Google News. It is unclear how widespread the issue is, but based on my tests, some content is getting indexed quickly by Google while other content is not. The indexing issues seemed to have started around 2:30 p.m. ET.

Examples: Here is a screenshot showing how site:wsj.com in Google News, sorted by most recent news articles, is showing content from hours ago. The Wall Street Journal publishes new content almost every minute. 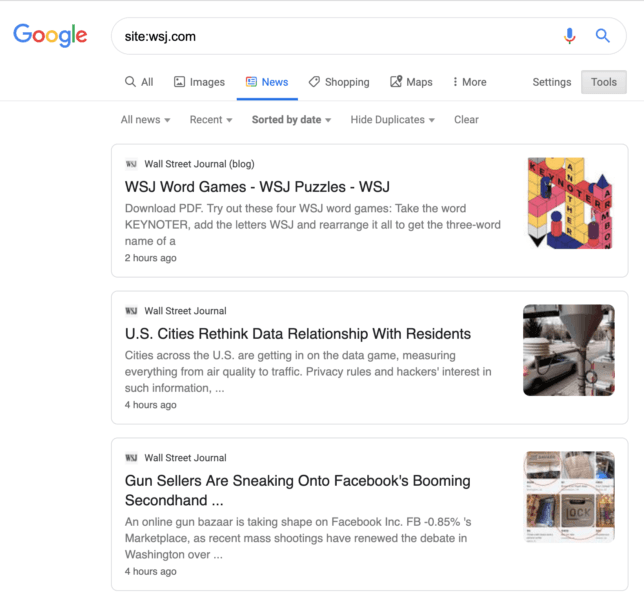 But here is an example of my story about this being indexed almost within a few minutes: 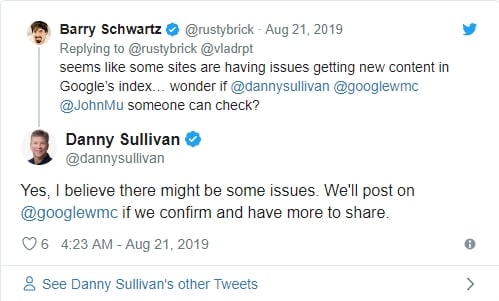 History. Google had some indexing issues earlier this month that were resolved within 24-hours. It also had a similar issue last May and inadvertently de-indexed sites from back in April. Google recently issued an explanation of the indexing issues.

Why it matters. If you have new content you have published on your web site and it is not showing up in Google, you should know that you are not alone. Google seems to be investigating and will let us know what it finds out. We will keep you posted on any official communication from the company on this matter.

Postscript: We asked Danny Sullivan from Google for an update and his response implies there is no serious issue: 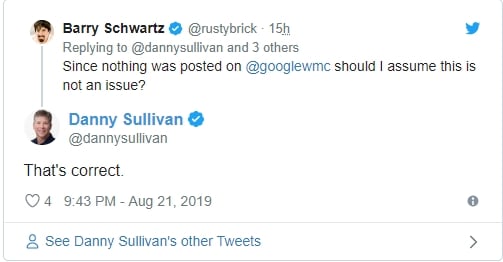