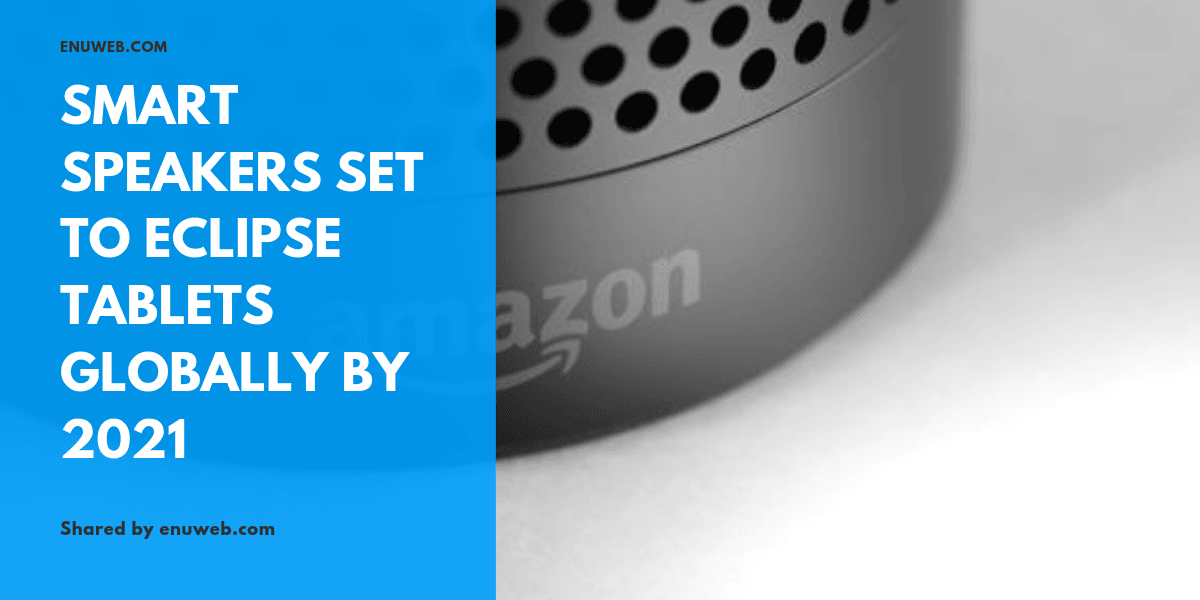 By 2021, there will be more smart speakers in use than tablets according to a new global forecast from Canalys. The firm says that the worldwide base of smart speakers will grow from approximately 114 million units this year to 208 million next year. Other estimates put the installed base of U.S. (vs. global) smart speakers at more than 100 million already.

U.S. is largest market with Asia rising. Canalys projects that the U.S. will remain the largest single market for the devices, accounting for just over 42 percent of smart-speaker ownership. But the greater growth opportunity is in Asia and China in particular, where Google and Amazon currently don’t have a foothold. 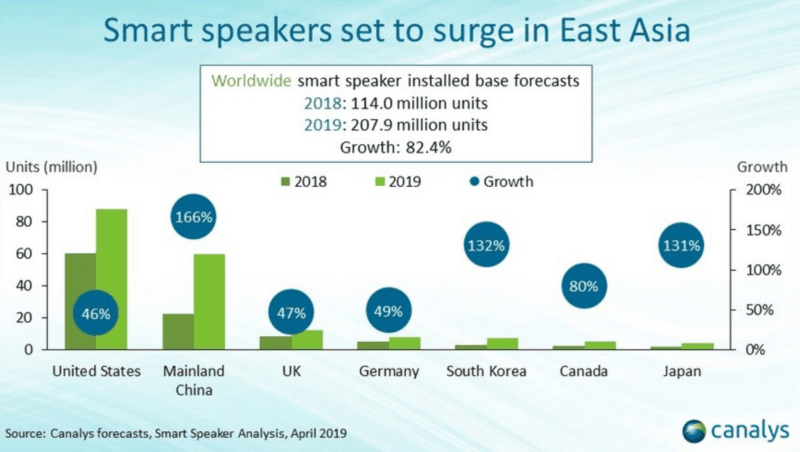 While Apple has continued to sell millions of iPads annually — it sold roughly 43 million in 2018 — the market has been flat to declining for some time. The progressively larger size of smartphone screens has blunted demand for the devices.

No marketing model yet. Whether the smart speaker eclipse of tablets happens at the precise time Canalys predicts is immaterial; it will happen. It’s also significant because a marketing-related business model has yet to be found for the devices, despite the large number sold to date. And while smart speakers have helped build awareness and drive consumer purchases of smart home accessories (plugs, bulbs, thermostats), they have not emerged as an effective promotional channel for brands or direct response marketers. A potential exception (and emerging model) may be Walmart’s use of smart speakers as a grocery shopping and loyalty tool. 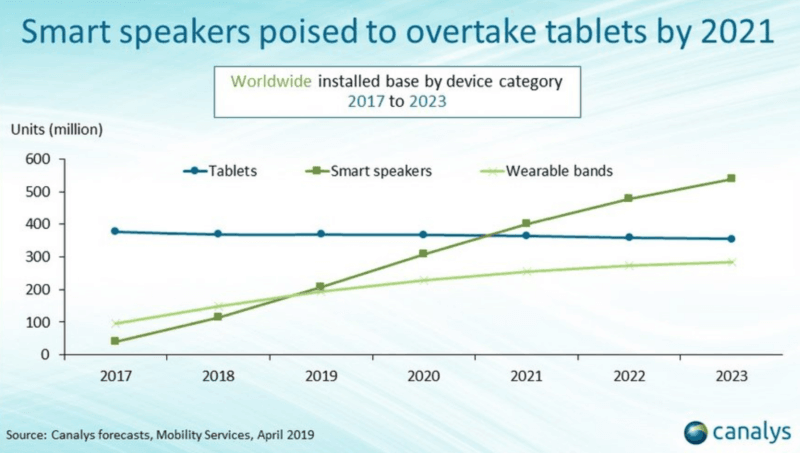 Bigger screen Home Hub coming. Google is slated to release a larger-screen version of its Home Hub, which could potentially change the dynamics of the market. While there are no firm figures, anecdotal evidence suggests Google’s Home Hub may be outselling Echo Show and could help Google gain share on Amazon, which currently dominates the smart speaker market.

Broader adoption of screen-based smart speakers could also bring internet-style search, display and video-advertising business models to the devices. However, that remains to be seen and depends on penetration levels going forward.

The smart display market should have been Apple’s to lose because of its iPad leadership; the company should have entered the market with an iPad mini mounted on a speaker. However, Apple was late and miscalculated by releasing an expensive product (the $349 HomePod), while Google and Amazon were driving adoption at the lower end with aggressive discounting.

Facebook was also late to the market with its Portal smart displays. Mixed reviews and the company’s successive privacy scandals may have adversely impacted demand for the product and permanently damaged its chances.

Why we should care. Retailer survey data from RetailMeNot reflects optimism about the opportunity for voice shopping. A majority of brands surveyed expect meaningful e-commerce revenues to materialize within the next three years.

Meanwhile, Amazon is promoting the fact that here are now more than 80,000 skills (voice apps) for Alexa. But there are no examples of real success, no “hits.” This is a missed opportunity for retailers and brands. Walmart may change that; we’ll know by the end of the year.

Marketers and brands should do more experimentation and not regard smart speakers as extensions of online ad or business models. Even if smart displays really take off, marketers should think expansively about how these devices can enhance or improve the customer experience — and how they might pair with smartphones to extend their capabilities — in order to fully take advantage of the new medium.